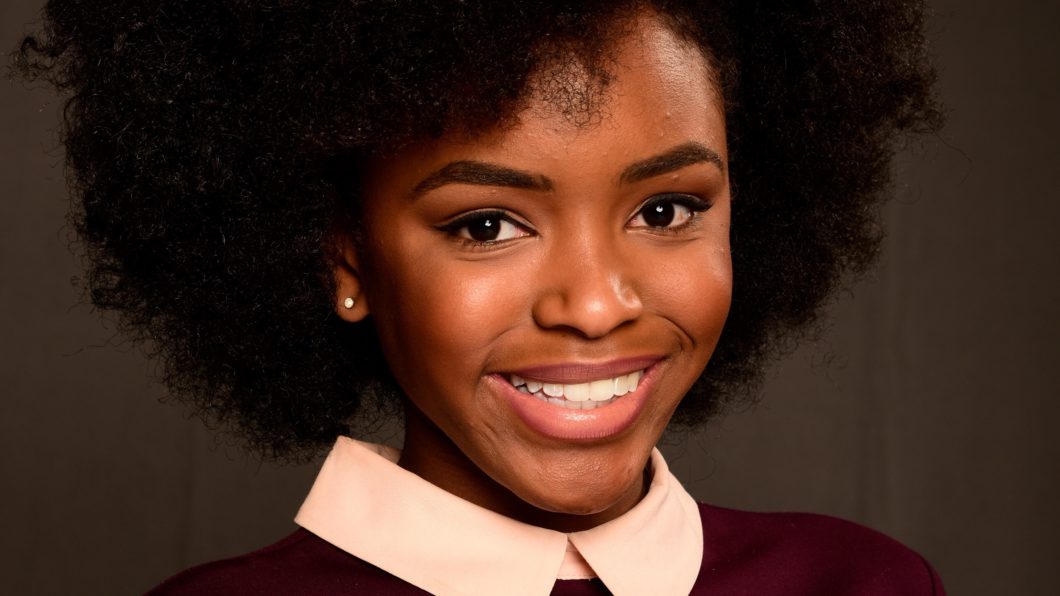 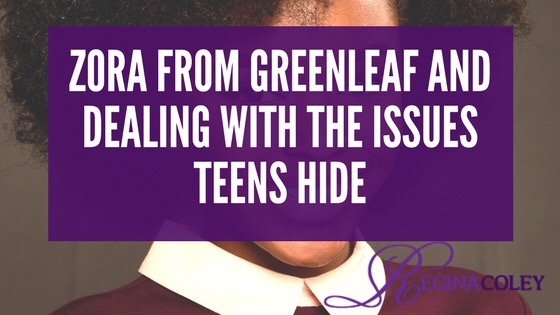 I don’t know if you’ve had an opportunity to catch up with the show Greenleaf on OWN but it’s a really amazing show that chronicles the Greenleaf family. The Greenleafs run a mega church in Memphis and like any family as the season progresses all their scandal, secrets, and lies come to light. 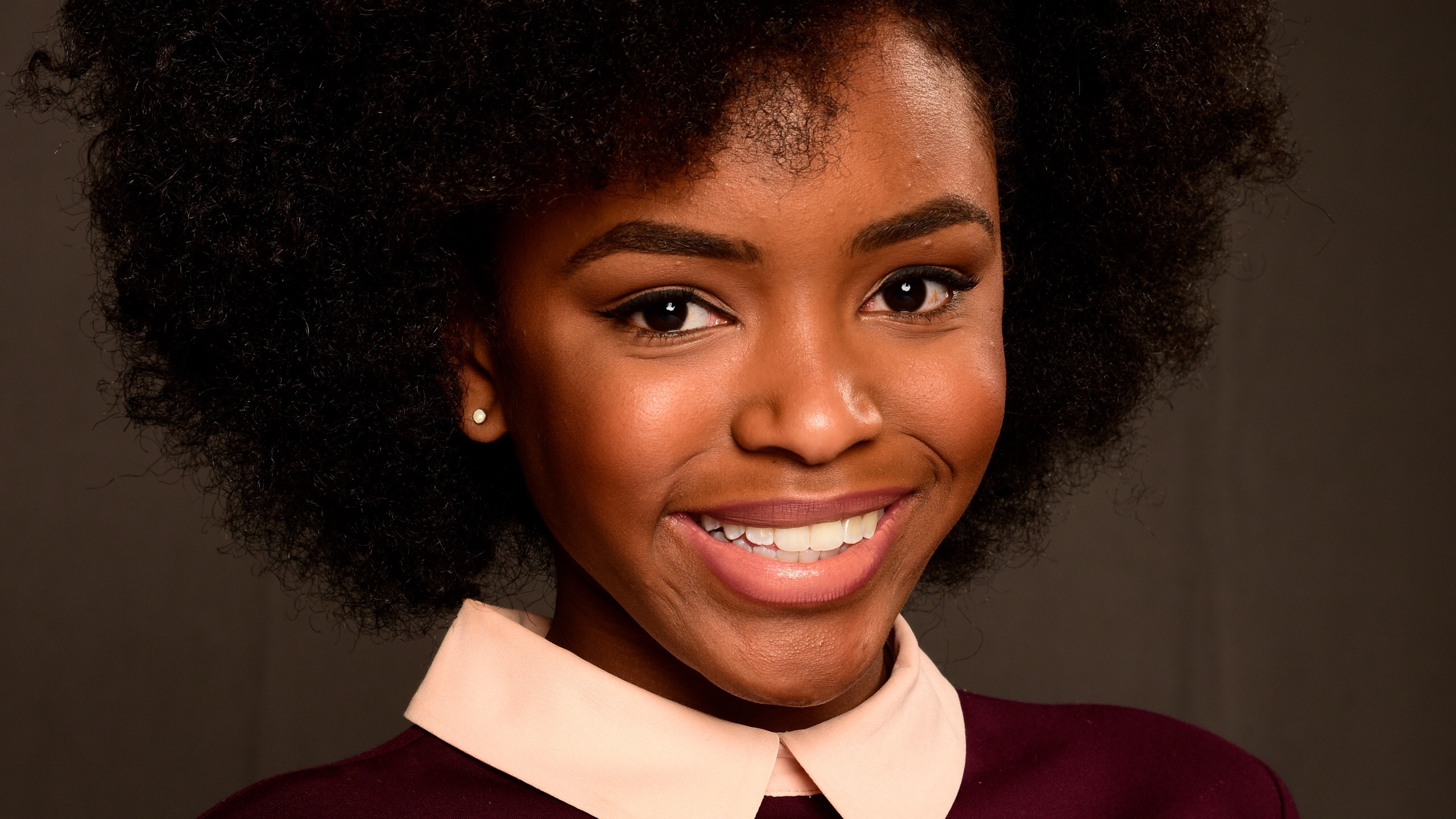 One of those is the story of Zora. She’s the daughter of Jacob and Kerissa who are pastors and now the leaders of their own ministry. So while her parents are preoccupied with heir own marital affairs and now found responsibilities, Zora is discovering teenage love.

Zora has a very level headed cousin named Sophia and they both seemed to start out as pretty good valued Christian girls but Zora is starting to become more risky and step away from the “boredom” that is Sophia who tends to play by the rules. Here’s the thing: Their family knows the girls to be good so they aren’t questioning a lot of their whereabouts and activities.

As parents be mindful that just because you raised your children right doesn’t mean that they won’t find themselves in temptation. Even the strongest of teens can find their match who just pushes, Pressures, and perseveres until they get what they want. For Zora this was her boyfriend Isaiah.

He’s a prude and a prick and he’s violent with a mean streak that no one seems to notice. The little boy got so mad at her in one scene he slammed on the breaks of the car and Zora’a head was slammed into the dash of the car. This child has a huge knot on her head and she covered it up with her hairdo and makeup. Classic sign of an abused victim, don’t tell this is going to make me lose the one I love.

He pressures her into losing her virginity, to stay out late, verbally abuses her in public, and continues to embarrass her and treat her beneath her means. When watching her character I’m like how does a teen stay in a place like that when her parents are so strong her cousin is constantly telling her like it should be? What is she missing?

To me she’s missing self respect and self esteem. If you are confident in who you are you begin to set boundaries for yourself. You begin to set nonnegotiables. There are places you don’t hang out, behavior and language you don’t tolerate, activities you don’t participate in, people you don’t fool with.

Now scientifically I know the frontal lobe doesn’t develop until the age of 25 and that’s why so many young people act irrationally. But with continued exposure to positive role models and structured programming focused on youth development we have seen significant gains in teens logical thinking.

With the absence of her parents presence and really anyone’s presence this child is “going through it” alone. When she shares with her cousin she judges.

I see a need for someone in her life to not judge where she is but to give some real truths as to what is going to happen if she doesn’t learn to walk away. Our young people get enough of the rules and regulations from their parents because that’s what parents do, emphasize right from wrong and lay the rules.

As a mentor, guide, or just cool relative support has to learn to come from a place of love and logic. Her mom snapped when she found out she was having sex while Zora was trying to project the fact that at least it was safe because they were using condoms.

So you see this interesting balance of “even though this isn’t what I wanted for you at least the girl did have enough sense to do it safely”. There are situations teens will find themselves in that is not what we designed for them or would have wished that they our have given time to experience but we should focus on preparation and not retaliation.

My perspective will always be “should you find yourself in this situation know that these are your options. Here’s the consequences of you doing this, here’s the rewards of you doing this. Teens need to learn decision making and more specifically decision making under pressure. How do you think when there are so many voices in your head? How will you focus when there are so many people pulling you away from your path?

Teens are on their way out the door and into independence and they’ve got to do it then, so let’s prepare them now. Micromanaging parents, programs, and people won’t do them any justice. Don’t get me wrong I want you to continue to stress abstinence, saying no to drugs and alcohol, being aware of teen domestic violence, not joining gangs, etc. But please be mindful that if by chance your child find themselves the in that place, are they equipped with the necessary words, actions, and responses? Do you all have a secret family code word for help?

Equip your child now! They will encounter something, we want them to confront those situations with readiness.

Question: Thinking back to your childhood, what’s the craziest situation you found yourself in where you were glad you had been prepared for?