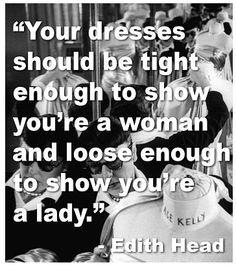 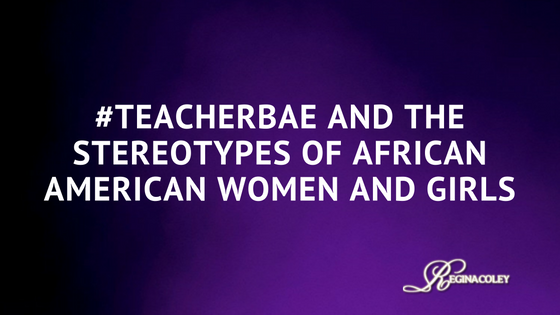 By now I’m sure you’ve seen the images floating around social media of Atlanta based 4th grade paraprofessional Patrice Brown. The images have struck a controversy in the field of Education of appropriate classroom attire and in social circles the public shaming of black curvaceous women. 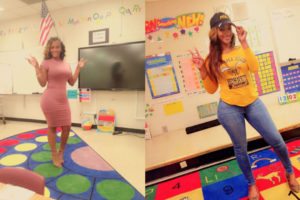 I’ve seen her attire and I’ve quietly read messages in Facebook groups like Black Educators Rock and well as on international news channels like ABC. One thing is for certain most people have a problem with it. The sadder situation is she is one woman out of thousands who go to work in schools with questionable attire everyday {insert side eye}.

While Educators do have a code of Ethics in which we’re to follow, common sense and personal judgement should always be exercised. For some Brown’s attire is flattering and it covers her body parts but the fit is just too tight. Suggestions are keep the dress but go up a size or two. Some people think she shouldn’t be wearing heels to work, it looks too “clubby”.

I truly could go off into my rant about how we’ve lost the classy style of dress that did include women wearing dresses and heels to work in exchange for dressing solely for comfort. It’s nice to see that she takes pride in her appearance is choosing to stand out and be bold.

Unfortunately we live in a society where African American woman and girls are stereotyped and judged from appearance before you have a chance to open your mouth and showcase your brilliance and intelligence. We see clothes, hair, shapes, and shoes before thoughts, ideas, heart, and purpose.

Stereotypes of African American girls and women date back to slavery — such as the view that African American women are “angry” or “aggressive,” and “promiscuous”or “hyper-sexualized.” Such racial and gender stereotypes shape educators’ and administrators’ views of African American females in critically harmful ways.
In this case I’ve even seen other black teachers belittle Ms. Brown in saying “She’s just a para”, “She’s showing her age with these poses”, “She must be trying to impress another teacher in that building”. What I took away was that she’s not as good as you because she’s not a REAL teacher, she’s young and doesn’t know any better, and she’s being sleezy on purpose and looking for a man.
Really? This from a group of intellectual individuals who don’t know this woman personally. What I also didn’t see in any of these comments was suggestions for this teacher. If you’re in a position to assist someone in making a better choice after they’ve made what you consider to be a mistake, why point the finger instead of assisting?!
That teacher is reading these posts, I’m sure of it! Say something to remind her of her worth and value, say something that could help another teacher from making a mistake with their dress the next day. UGHHH! Use your words to edify not condemn educational leaders!
I digress….In this case when a woman or girl chooses to embrace the curves and shape that African American women and girls tends to have, the backlash is scrutiny. What is the outcome for our women and girls? Dangerous inferiority complexes that cause second guesses, lowered self-esteem, and reduced self-perception. Trying to hide behind layers to assimilate.
As I’ve now put on a bagillion pounds expecting my 5th child I have days I feel terrible that I can’t wear what I consider “cute” clothes. It takes a stab at your confidence. You begin to ask yourself is this okay to have on? But it’s 100 degrees in Atlanta I want to dress cool and NOT cover up in ten sweaters. So when I see people who are dressed nicely I try to extend a compliment, you don’t know what someone is going through as much as you may try to justify your words and actions. It’s called pre-judgment.
We will have girls who have been in hoodies and sneakers try on a dress and heels just to address the world a little differently one day, just to test this inner found confidence she may be exploring, just to tap into her feminine side. Imagine that this is how the world responds? With criticism and hate. Yes there are a few “You go girls” and “If you got it flaunt it”‘s but what is she ultimately going to go home remembering? The haters!
There is a balance here peeps. Confidence, class, and choice. A balance of all three needs to be made.
Patrice’s story is now but this stereotype has been, currently is, and won’t be rectified until a larger conversation takes place. Who defines the black woman? Who defines black girls?
Are we held to a different standard? If so who is setting the standard? How is the standard communicated to our girls and following generations?

Do we have to dress down or play down the parts that make us special in an effort to appear appropriately feminine? What is “appropriate” feminine behavior by the way?

So she’s left with two choices and so are our girls. Either conform to white, middle class notions of how black women/girls should dress or understand that not everyone looks the same in everything and keep it moving.
I remember being taught by my mother if anyone can see your panty line, it’s too tight. Your dress should be tight enough to tell that you’re a woman but loose enough to tell that you’re a lady. That my loves is the rule and the standard. Dress how you ultimately want to be addressed.

As you’re getting dressed ask yourself:

As someone who is constantly around children and youth this is what I have to ask myself when getting dressed. They are watching, they are taking notes, and they will remember you and what you had on. If you are a person of influence your clothes are speaking. What are they saying?